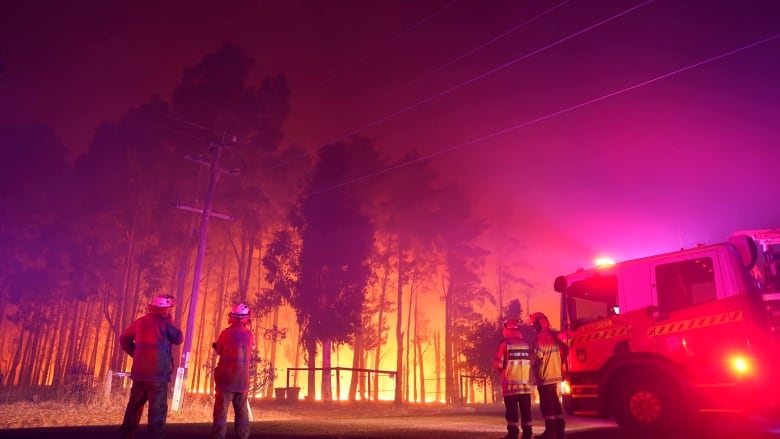 Firefighters at Wooroloo, near Perth, Australia on Monday. The fire doubled in size overnight and burned through 7,366 hectares of farm and woodland. – CC

Firefighters in Western Australia battled gusty winds and high temperatures on Tuesday as they battled a bushfire that scorched thousands of hectares of land and burned over 56 homes.

“threat to lives and homes”Mark McGowan

A runaway Perth Hills bushfire that has destroyed 59 homes is “extremely volatile” and an “threat to lives and homes” WA Premier Mark McGowan has issued a warning.

More than a dozen suburbs on the outskirts of the Western Australian capital have been put on an emergency watch, as flames continue to move west.

People living in a section of a 25 km stretch that stretches south from Wooroloo to Walyunga National Park northeast of Perth were notified on Tuesday that leaving their houses had become too dangerous.

The streets of the semi-rural suburb of The Vines on the northern edge of Perth were bumper after bumper laden with traffic, leading some people to stay put.

They fled to see a friend who is awaiting a text alert them to go home.